Melancholy as Longing for Insight

For Tilmann Zahn, colour is a powerful bearer of meaning and a central aspect of his artistic composition. At the same time, the colours of works are not the outcome of a classical act of painting but the result of a process whose details cannot be steered entirely by the artist: hand-made paper is dipped into oil paint until it is completely saturated. This process has its own dynamics, resulting in colouring with varying depths of tone and blotchy splashes of paint.
Tilmann Zahn draws fine lines on his paper, and lines are formed by pencil and graphite as the traces of an act that could be regarded as a gesture of inscription. The drawing and the lines, therefore, express inspirations of thought, emotions and artistic visions. They are utterances located between suggestion and something more concrete. Letters and text fragments are occasionally regible, but often we can only reconstruct them - and usually not even that. Nevertheless, direct references are definitely possible: In „Coney Island piece No.2“ (2010) from the series „American pieces“, the mirror - written but still legible words „WONDER WHEEL“ are an essential component of the composition. Besides, they are a point of reference that inspires our collective memory and conjures up memories and other images of New York‘s legendary amusement park in the south of Brooklyn - and Deno‘s Wonder Wheel amusement park referred to specifically here.
And even when the references are far less concrete, as in the work „NYCity piece No.2“ (2010), he succeeds almost immediately in opening up our cultural shaped store of experience, images and knowledge, together with all the associated emotions. Here, not very clear but still possible to make out, we find the words „NEVER“ and „SLEEP“, which we identify at once as fragments from Frank Sinatra‘s hymn to New York, the „city that never sleeps“. In conjunction with the slogan „TOO BIG TO FAIL“ also discerned merely as a rough outline, we can surmise the artist‘s intended context. But he lets us create our own sequence of conceptual associations sourced sourced in optimistic utopias and splendid dreams, as well as in the fateful absurdity of hybris - we are left with only insight and melancholy.
Tilmann Zahn‘s paper works differ most noticeably from other current paper cuts because he tears and does not cut the paper. In most contemporary cut-outs, the precisely cut-out line is a pendant to the drawn line - corresponding to an artistic technique that Henri Matisse once described as „drawing with scissors“. Tilmann Zahn‘s intention, by contrast, is different. He is less interested in the graphic aspects of papercuts than in a meaningful transformation of the material: The paper and torn forms seem like structures in a stage of decay; they give a similar haptic impression to rusting metal architecture and found objects. This object character is underlined by his preferred mode of presentation; the works are hung on steel nails some distance from the exhibiting surface.
The object nature of the works, in conjunction with their intense materiality of colour and form, irregularities and patterns of lines, leads to a spacial dimension. This is the setting for our imaginations of the past or even the lost, while also permitting us access to things vaguely remembered or mere intuitions. And following the incomprehensible constellation of graphite and pencil lines, we fall prey to the allure of sadness as we scan the softly torn-out contours in a close-up perspective of the roughly structured paper surface, immersed in the dark brown of the oil paint.
Transience and melancholy have never lost their attraction as classical themes in art. Aspects of memento mori are present in these works by Tilmann Zahn as well: They symbolize the spirits of earlier existence inherent in the architectonic remains of urban structures. But far from any kind of vanitas litany, his works do not bring about a contemplative melancholy. They are far too dynamic in form and composition - they keep our thoughts moving. He entitled more recent works „Hybrid Scaffold“ or „Hybrid Scrap“, thus naming a state of in-between that refers to the impact of the works - no longer merely paper and yet never metal - but also to his artistic concept. The melancholy immanent in his reminiscences and suggestions reflects the artist‘s need for insight. Avoiding the unambigous is an artistic principle, so to speak, offering the greatest possible freedom for the imagination and associations. This concept is convincing, primarily because the moving aesthetic quality of Tilmann Zahn‘s works also brings the insight that we may feel assured. 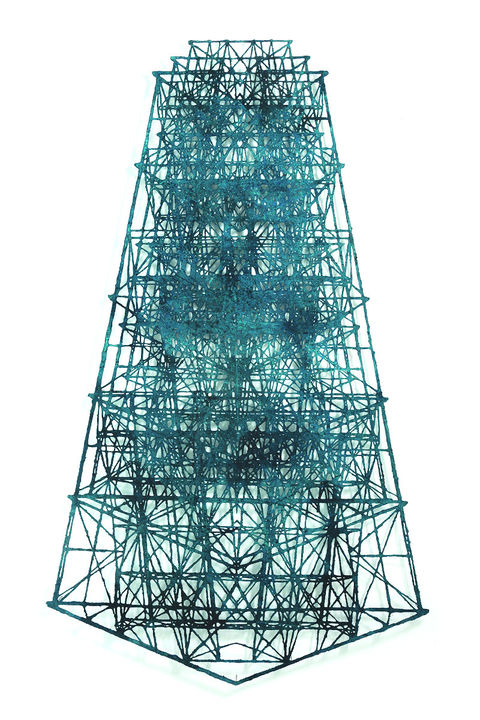 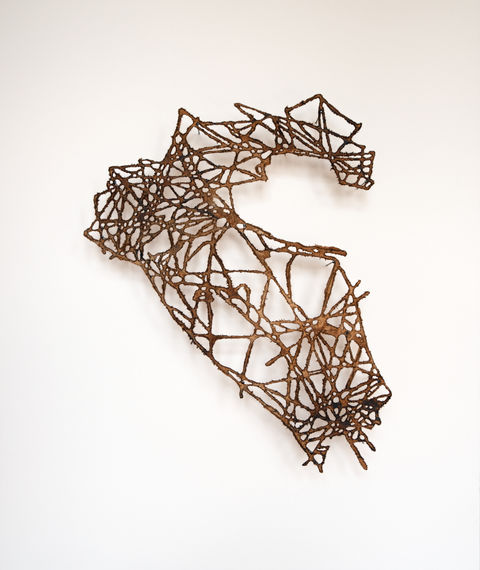 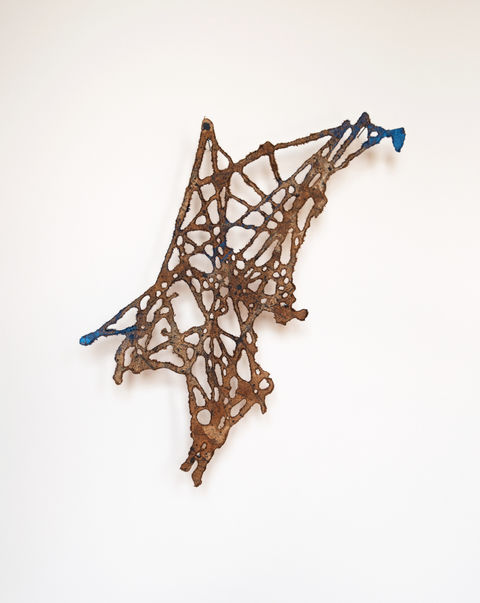 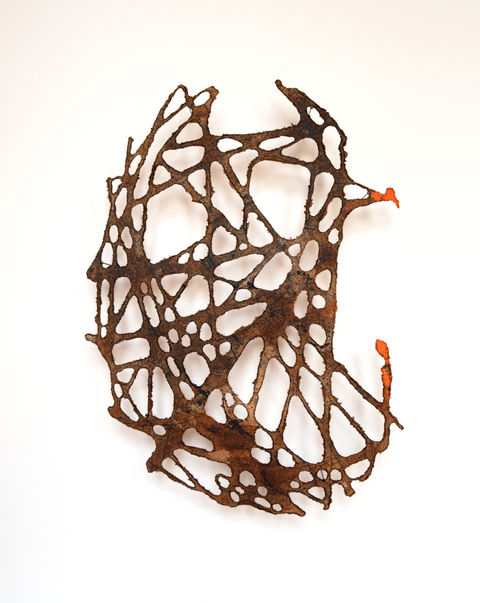 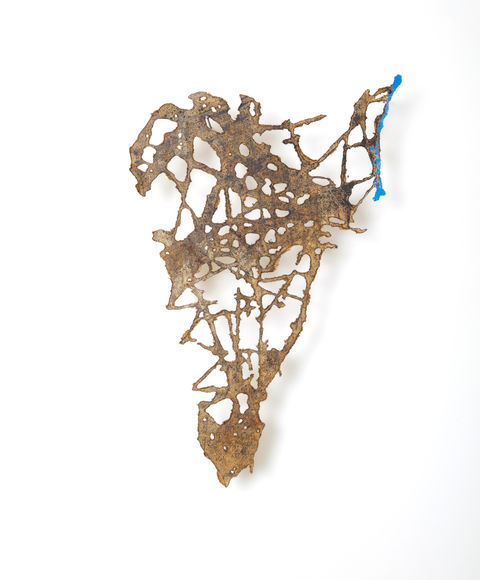 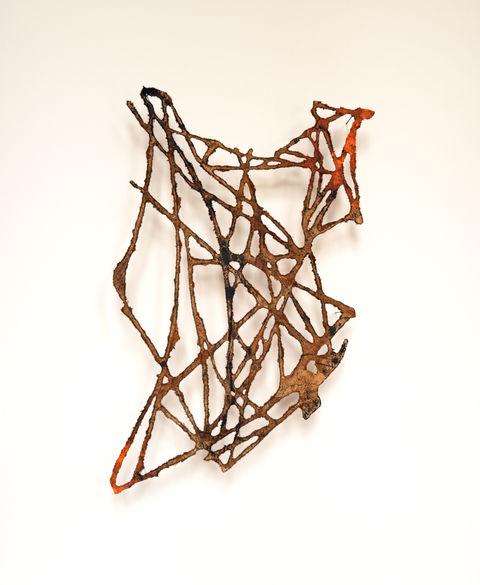 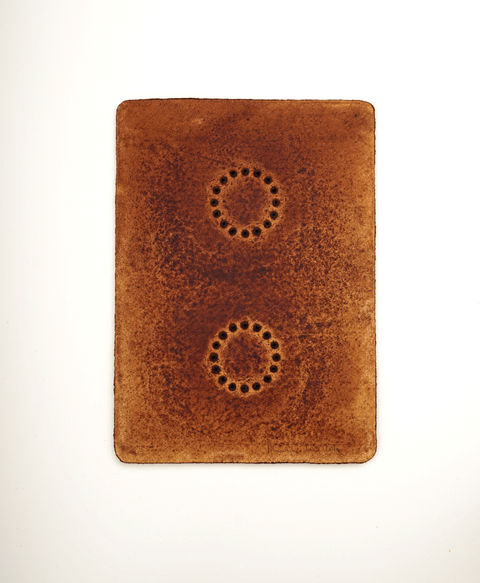 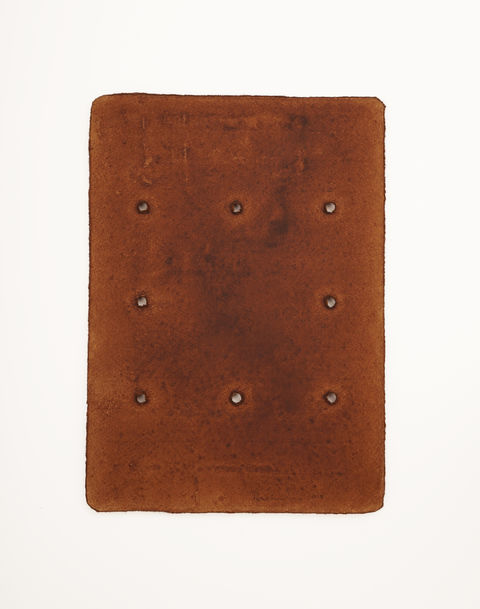 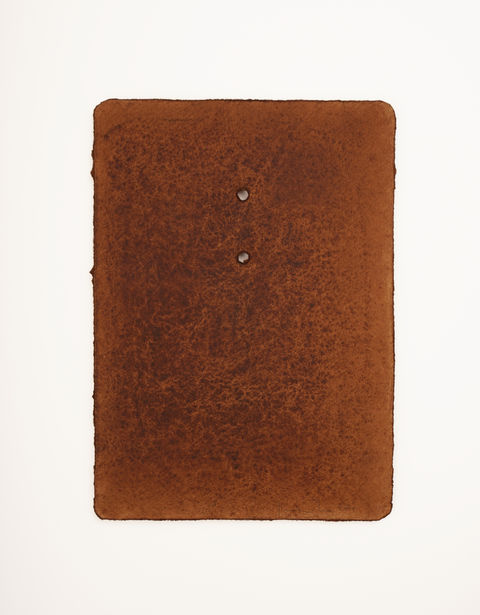