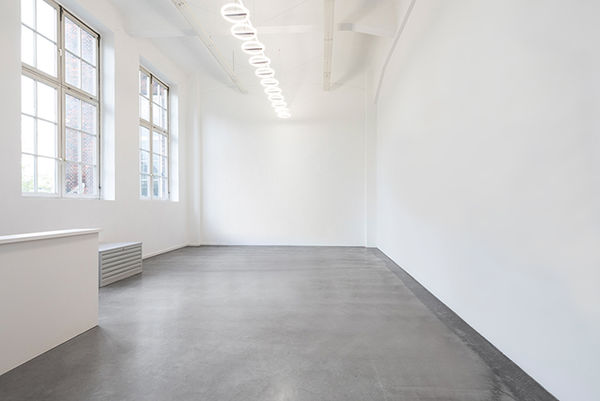 Mats Bergquist's work can best be described as reflections on emptiness, light and rest (Bruno Corá) and indeed these extraordinarily still images and objects form projection surfaces for the invisible but tangible. In his almost monochrome works, he combines old, traditional techniques with a contemporary language and creates a unique place of stillness. He executes his predominantly white and black works in an elaborate and disciplined process that takes up the more than 1,000-year-old tradition of Russian icon painting - encaustic. The artist applies several layers of glue and lime to a wooden panel covered with linen. The surfaces are repeatedly coated and sanded smooth. Only through the final layer of a mixture of liquid wax and pigment, which is also polished in a long process, do the works acquire the typical, partly matt, partly shiny-atmospheric surface structures that create a haptic effect. In a harmonious interplay of contemplation, art and the process of ritual creation, works of art are created that offer the viewer access to other dimensions.
Mats Bergquist, born in Stockholm in 1960, lives and works in Lövestad in Southern Sweden. Between 1978 and 1987 he studied art and art history in Stockholm and Paris. Bergquist grew up in different countries around the world, including Russia, Poland and China. The interest and openness in the diverse cultural influences as well as the meditative and contemplative work find their way into his minimalist art, which is of poetic sensitivity.

For decades, Jon Groom's acrylic paintings were dominated by geometric, closed color surfaces, which, with their sharp contours, belonged to Hard Edge painting. While the works exuded a controlled severity, he has been creating oil paintings and watercolors under the title MANTRAS & YANTRAS for about 2 years, in which the colorfields are characterized by blurred edges and overlays of different degrees of luminescence and density. Here, too, color is the focus of his artistic work, which - detached from any narrative function - represents itself. “MANTRA is a vehicle to facilitate the focus on the mystery which is beyond easy definition. That which remains hidden, yet which is everything. YANTRA is a geometric diagram used as an icon for contemplation. PAINTING fills the space between the words - the areas that cannot be spoken about.” (Jon Groom, 2021)
Jon Groom, born in Powys, Wales, in 1953, lives and works in Bernried on Lake Starnberg. He studied at Cardiff College of Art (B.A.) and at the Chelsea School of Art (MA) in London. Following this, the Boise Scholarship from the University of London enabled him to spend time in America. He spent lengthy periods in London, New York, Mexico, Italy and India. Since 1978, Groom's work has been widely exhibited internationally and is represented in major collections (such as Bayerische Staatsgemäldesammlungen, Munich/Städtische Galerie im Lenbachhaus, Munich/Stiftung für Konkrete Kunst, Reutlingen/Victoria & Albert Museum, London/National Museum of Wales, Cardiff/MoMA Museum of Modern Art, New York/Philadelphia Art Museum, Philadelphia).

The duo show ZUGVOGEL (Migratory Bird) is the first joint exhibition of the artist colleagues who value each other very much.