Nikola Irmer is an artist who works on specific themes over long periods of time, involving extensive research into her subject matter. She is a painter whose interest in a theme tends to begin as a visceral response to a visual impression, which then evolves into an obsessive investigation into her subject. For this she engages in thorough research into its intellectual background and history, but most importantly it involves an elaborate work process, from various stages of study – small pencil sketches, dense drawings, colour studies, oil sketches up to large scale paintings. Her focus is on things whose use value has apparently diminished and whose status as relic opens up avenues for alternate interpretations to the artist. These objects often straddle the contradiction of being at one and the same time alluring and seductive whilst also implying darker hidden meanings. Her body of work “Promethean Boldness” with which she was invited to be part of dOCUMENTA 13, addresses the ambivalent nature of Natural History Collections.

In her current work “Playpens”, she delves into the world of the miniature. The paintings are of toy worlds, parallel universes that are often associated with innocence, domestic comfort and play. Dollhouses in particular are vessels of coded meanings that are profoundly gendered whilst also serving as models of order and family privacy. Yet lurking beneath this veneer of suburban middle class bliss, the world of play can turn to shadow areas and be threatened by suddenly irrupting chaos. Thus notions of domestic safety and control are subtly undermined through disjunctions in scale, outrageous colour choices, surreal juxtapositions and dark humour. Spaces in paintings are on the verge of tipping into the absurd, others have trespassers from outside that subvert their logic and unity. All these originate in and tap into deeply ambivalent memories and imaginations of childhood. In painting miniature worlds, Irmer is also investigating a more puzzling conundrum: Everyday recognizable objects at reduced scale solicit handling and interaction yet leave us confounded because they do not serve their implied purpose. Here a gap opens up for reflecting on objects whose outward appearance and function are at extreme variance. As painting from life is at bottom always a puzzling over appearance’s ontology, this proves very fertile ground for painting.

Born 1970 in Starnberg. Lives and works in Berlin. 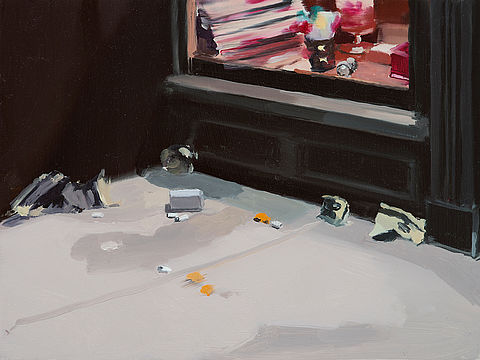 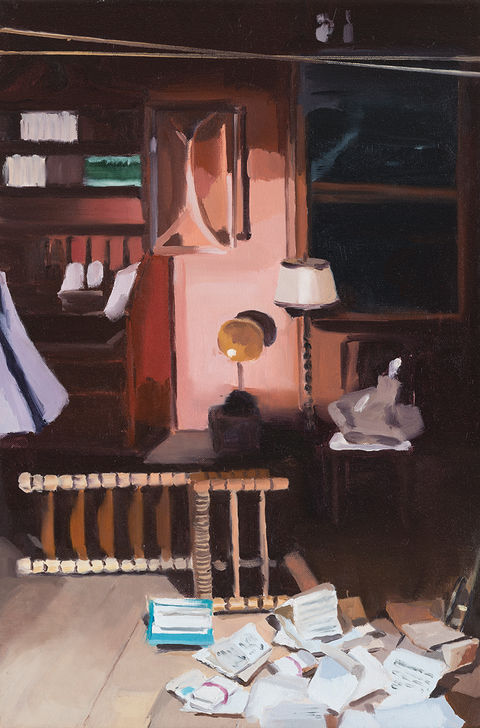 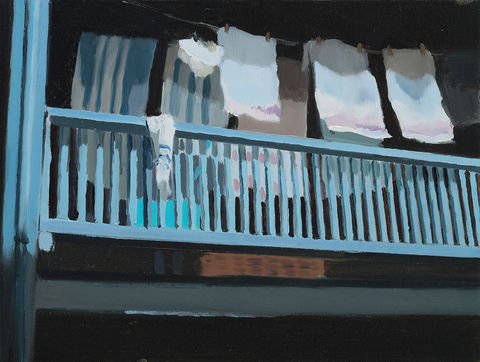 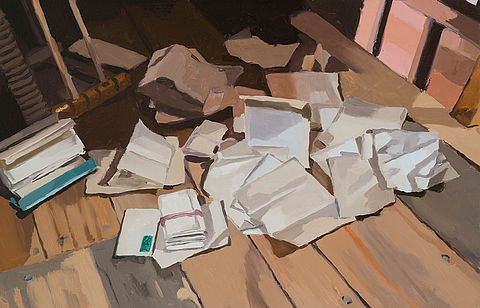 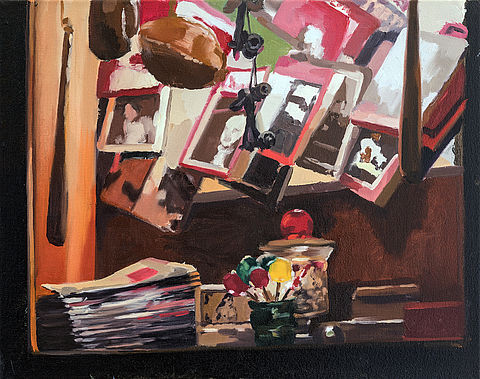 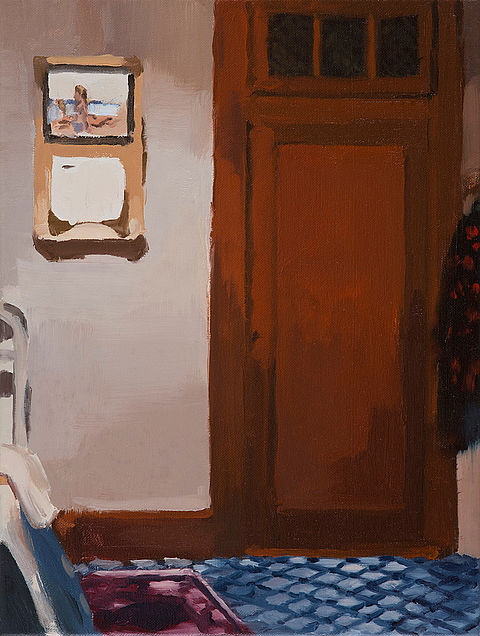 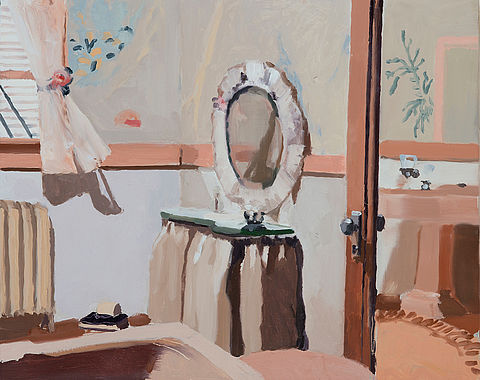 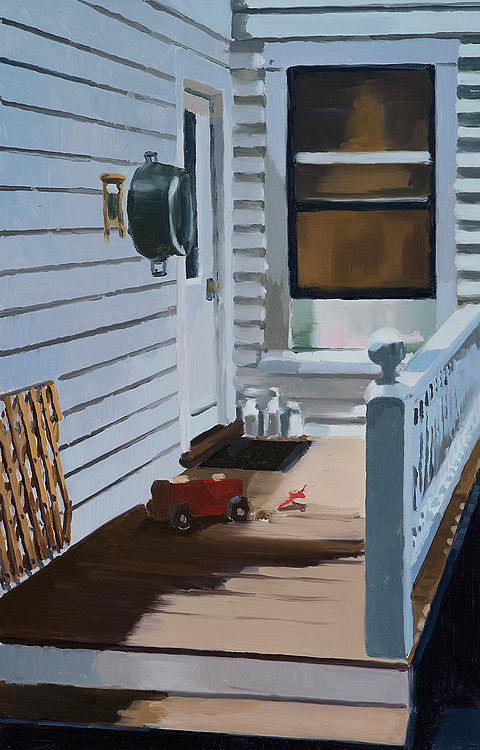 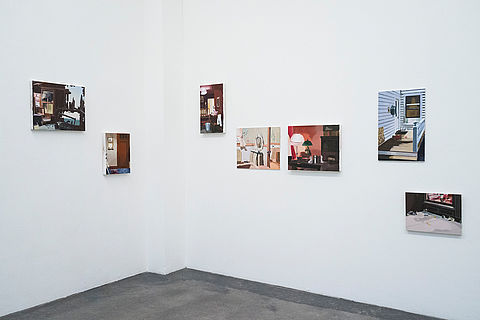